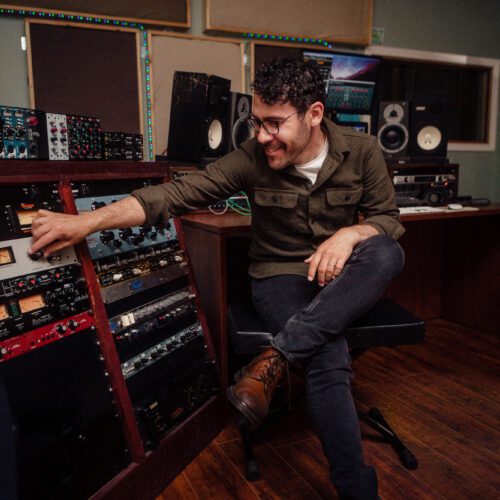 Andy Schichter is a WCMA-nominated producer and engineer based in Vancouver, BC, where he operates and works out of Park Sound Studio. His years of traditional and practical studio experience, combined with meticulous attention to detail and an innate desire for collaboration, have built him a career working alongside a long list of influential Canadian and international artists. Andy’s productions have been featured on CBC Radio, Stingray, Sirius XM, and numerous Spotify and Apple Music-curated playlists. Most recently, his work with Trust This Mechanism and Andrew Maranta earned an Audio Engineering nomination at the 2022 Western Canadian Music Awards.

Andy’s early career began with an apprenticeship under Grammy Award-nominated producer Tucker Martine, where he worked on projects such as The Decemberists’ The King is Dead (#1 US Billboard 200) and Beth Orton’s Sugaring Season (#26 UK Albums Chart). Through this mentorship and the accumulation of his own projects, Andy developed a distinctive style blending vintage gear with modern production techniques. This approach has allowed him to work within a diverse range of genres and styles, including recent projects alongside Sleepy Gonzales, Jack Botts, and Anna Katarina.

As a teenager in Waterloo, ON, Andy became fixated on the science behind recording and began uncovering the seemingly infinite methods of capturing and twisting sound. This fascination with the finer details of music has remained integral to his process and, blended with his patience and eagerness to collaborate, has allowed artists to feel a sense of trust and security in Andy’s presence. This special, ubiquitous feeling cannot be forced in a studio setting, though it permits unhindered expression and experimentation when it is present.

Andy is also a prolific mixing engineer and is continually relied upon by national and international artists to finish their artistic vision. He approaches each project determined to listen to what the artist sees and hears before ever touching a knob. His patience and consideration of an artist’s vision are always present as he strives to create, together, the unique colour palette needed for each project’s landscape.

In addition to his career as a producer and engineer, Andy works closely with established and rising stars in their career development through management, tour booking, and grant writing. Andy has written numerous successful FACTOR, Creative BC, Music BC, and Canada Council for the Arts grants. He is also the manager of DevilDuck Records artist Zach Kleisinger and sits on the board of jurors for FACTOR, Music BC, the WCMAs, and the JUNOs. 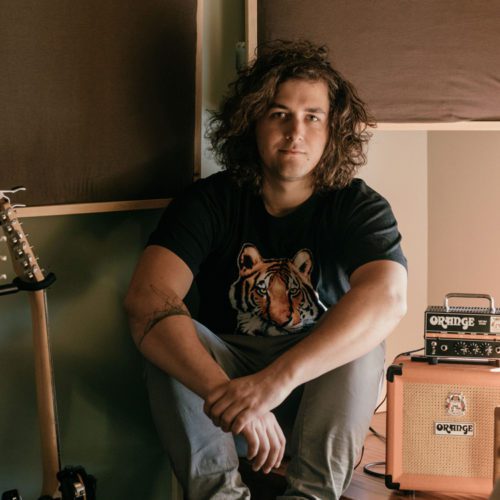 Dan Ponich is an audio engineer, mixing engineer and record producer based out of Vancouver, BC.

Dan got his start playing jazz and rock music in a Kelowna high school, but relocated to Vancouver to open new doors. After a few years playing in local rock, folk, and pop bands, he enrolled at SAE Vancouver (formally known as Harbourside IT) to study engineering and production, graduating at the top of his class in 2016.

Dan has gone to every length in honing his craft and improve the studio experience for his clients. In January 2020, he traveled to Los Angeles to participate in the exclusive Pro Audio Workshop with producer Joe Baresi (Tool, Queens of the Stone Age, Chevelle, Slipknot). Dan subsequently launched his own music project called LA Solution Center, for which he writes, performs, records, and produces all content, and secured an endorsement with Radial Engineering. (Their products are rad. He is not paid to say that.)

Dan’s approach in the studio is to create a balanced atmosphere of focus and fun to utilize time in the most creative and efficient way possible.